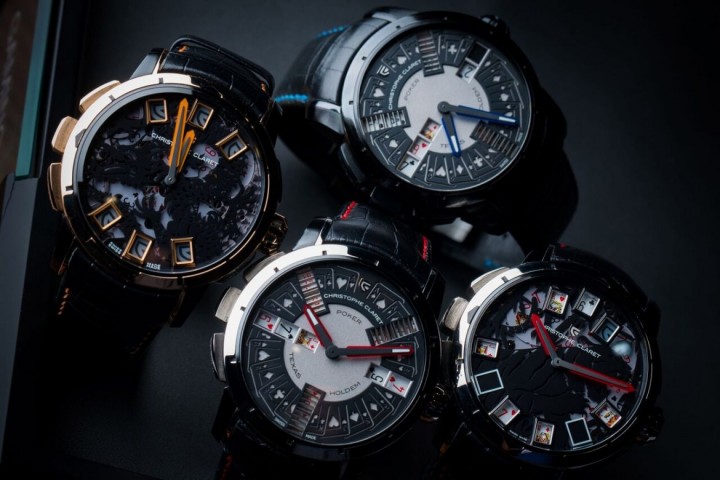 Christophe Claret has reached a rockstar status that only a few watchmakers ever achieve. Born in 1962 in the French city of Lyon, he had early on a passion for watchmaking and went on studying under Roger Dubuis at the Geneva Watchmaking School. Even before his graduation, he opened a workshop of his own where he restored vintage watches. It where especially the complex movements in which Claret could utilize his talent. Only a few years after his graduation, he already developed and delivered minute-repeater movements to Ulysse Nardin, who used them in their San Marco collection.

Today does Claret still develops and makes complex movements for other brands but, since 2009, also creates watches under his own name.

The beauty of this is that it gives him all the creative freedom that he needs, and allows him to make truly one of a kind watches. It also allows him to challenge himself fully and take mechanical watchmaking to the next level.

A great example of this is his gaming watches.

Wither you prefer Blackjack, Poker, or Baccarat, Claret’s watches not only tell the correct time but also enable you to play a challenging game of your choice. Despite being a fully mechanical device is each game different, follows the official rules, and will give you the challenge, and rush, in the game that you are looking for. The Poker watch is, for example, based on Texas Hold’em and allows up to three people to play the game. It features all 98.304 combinations possible, and it also chimes a cathedral gong every time a pusher is pressed, just because it is possible,

While Claret likes to show the playful side of Haute Horlogerie within his collection, he doesn’t neglect the classics. With the Allegro and Soprano, he pays tribute to the chiming complications with which he first made a name for himself, while with the Angelico Claret follows in the footstep of the 18th century Master watchmakers of the past who wanted to create the most precise marine chronometer possible. By combining a tourbillon with a detent escapement that gets their power from a cable-type fuse, he created the very first wristwatch ever made with this setup. Of the 470 parts used to make this movement, some are very innovative. Claret did, for example, not opt for the traditional chain for the constant force mechanism but used an ultra-thin Dyneema nanofiber cable. This cable has the advantage over a chain that it generates less friction, which leads to a higher power reserve. That Claret created this watch to celebrate the tenth anniversary of his brand says a lot. It is purposely complex, not only to push the boundaries of watchmaking but also because the master likes to put his own skills to the test.

It is, however, not only for men that Claret designs serious watches with a playful twist.

Take the Margot; a ladies watch with a flower at the center of the dial. By pushing a button on the side of the case, one by one the petals disappear, answering the question; does he love me, or not? 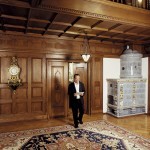 Follow us on
All Topics
Online Articles
Next
Article 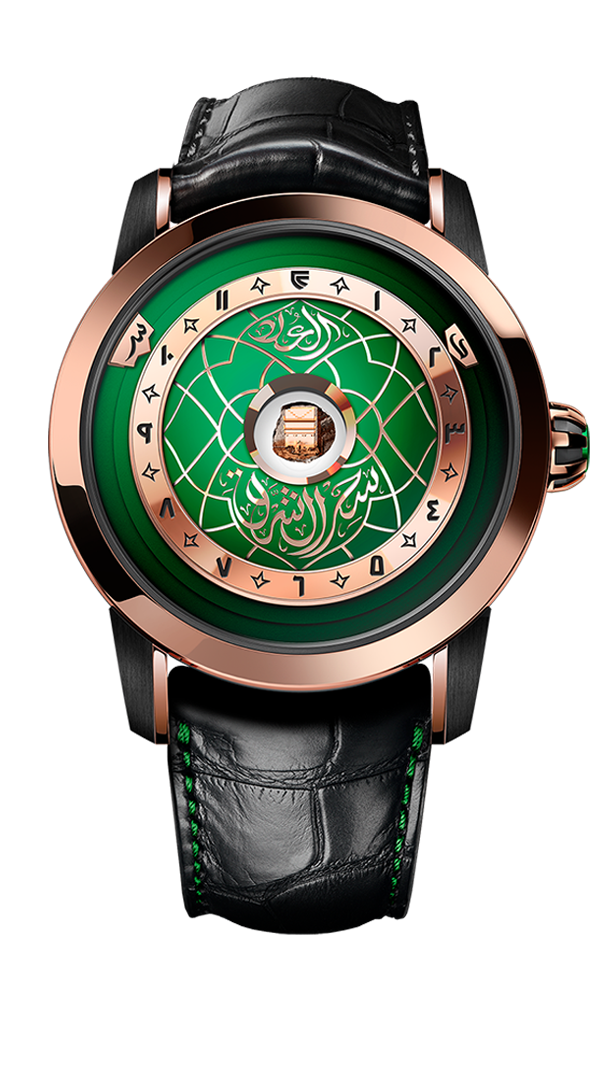 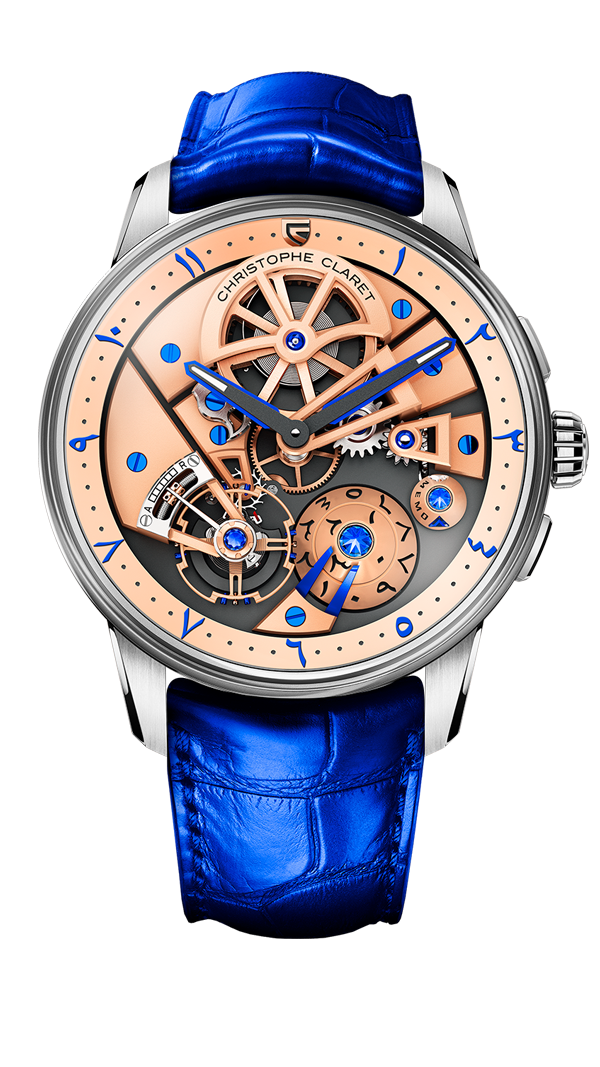 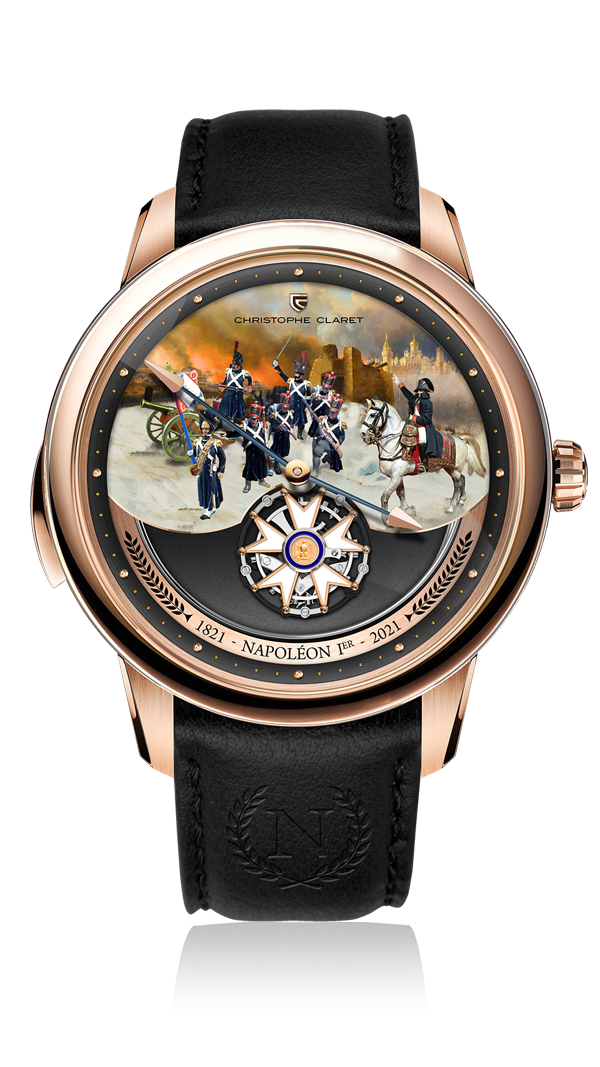 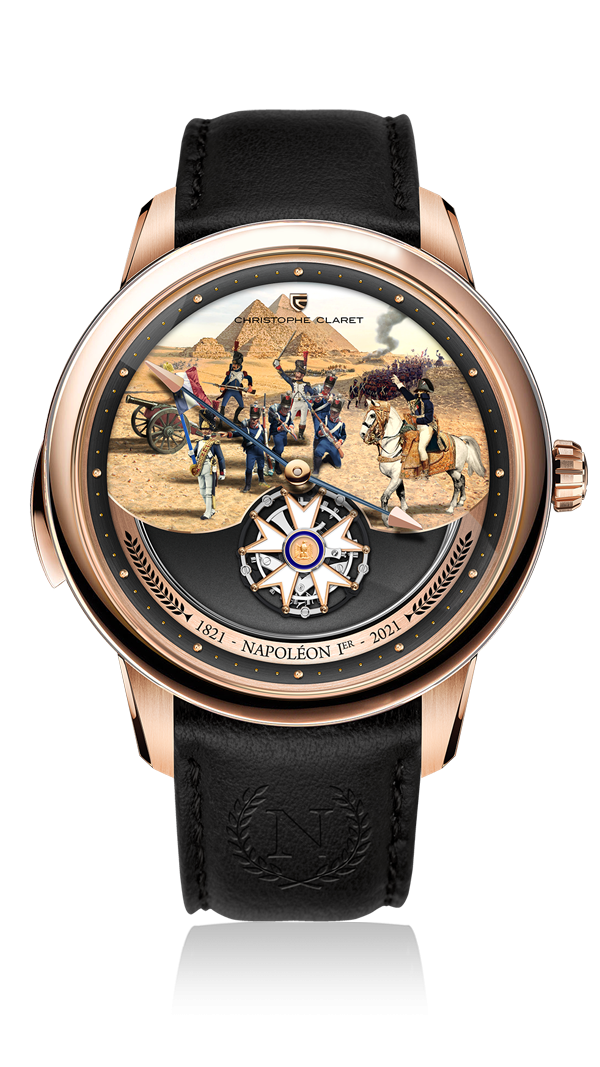 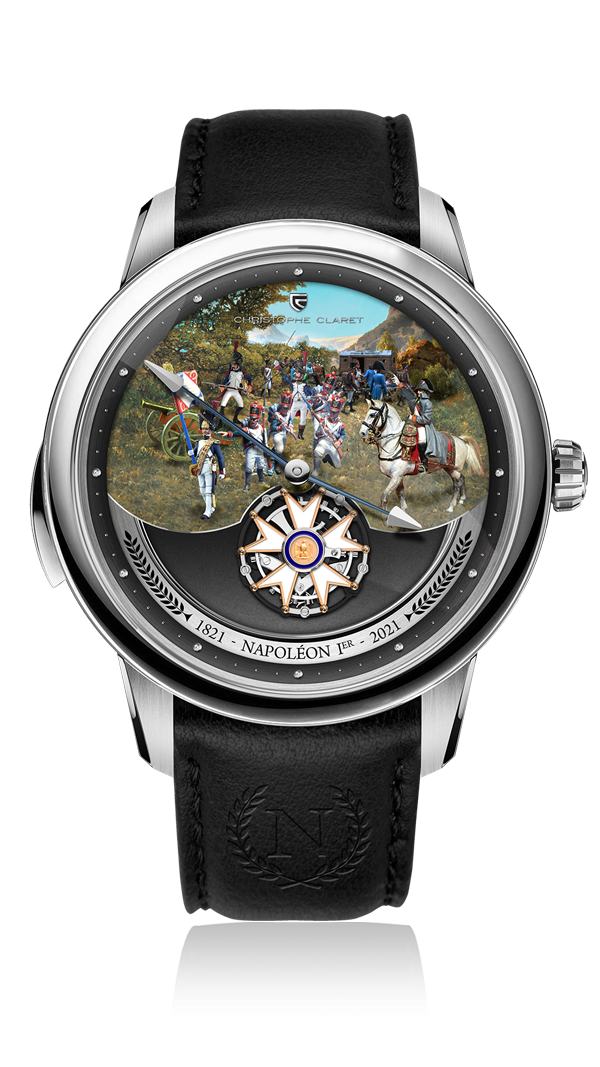 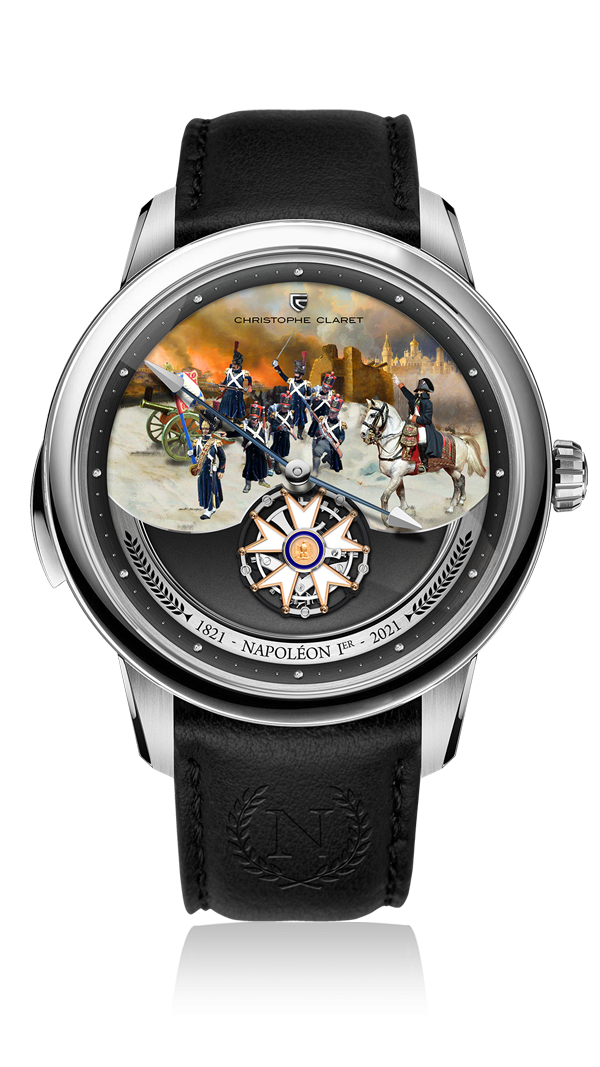 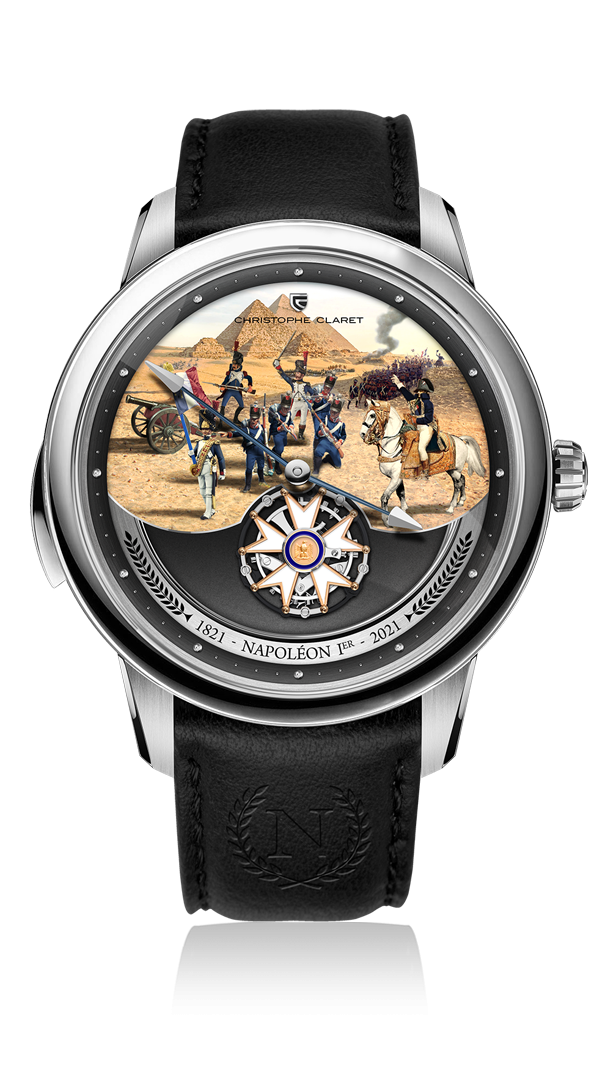 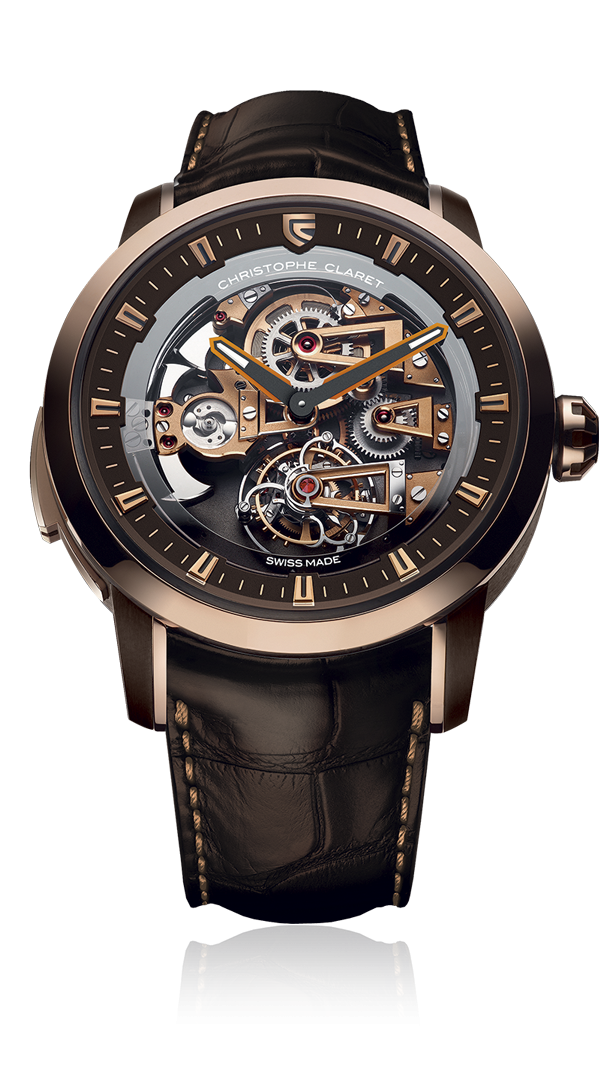 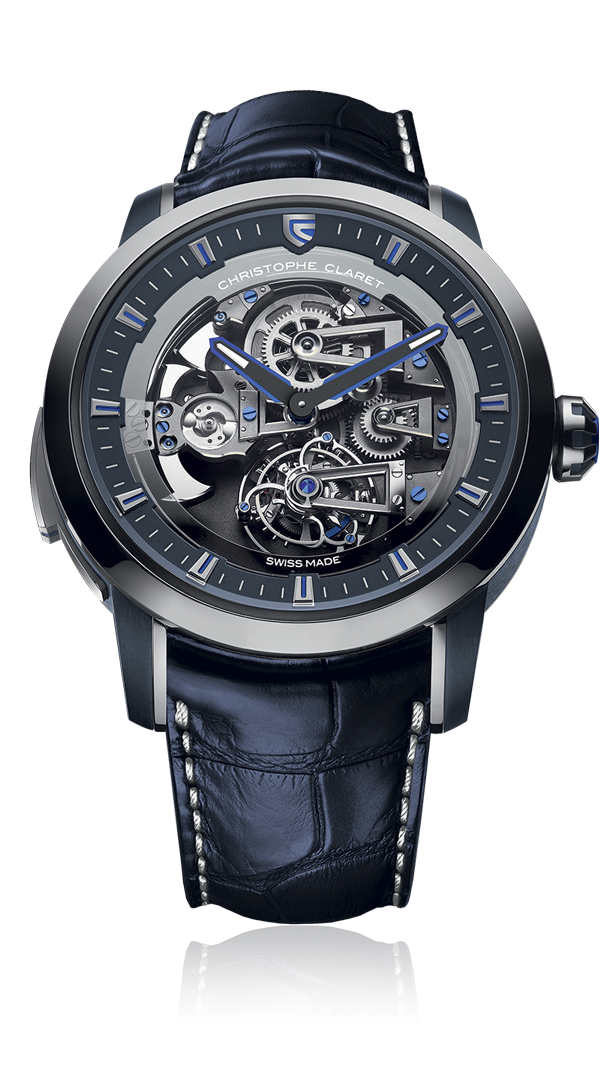